Home / The Chamber / Chamber Board

Robert W. Lloyd is currently Executive Vice President, Secretary and General Counsel for Brown & Brown, Inc., the world’s 7th largest insurance intermediary headquartered in Daytona Beach, Florida. Mr. Lloyd is the chief legal officer of this publicly traded company (NYSE: BRO) and is responsible for a wide spectrum of legal affairs for the company including corporate governance, enterprise risk management, mergers and acquisitions and legal counsel and advocacy for the company in claims and litigation. Mr. Lloyd is a licensed general lines insurance agent (Florida) and holds the professional designations of Chartered Property Casualty Underwriter (CPCU) and Certified Insurance Counselor (CIC). He is in his 20th year at Brown & Brown, Inc. having served the company in a variety of roles in both insurance and legal capacities including Marketing Analyst, Producer, Marketing Leader, Sales Leader, Assistant General Counsel and Chief Litigation Officer. Prior to joining Brown & Brown, Mr. Lloyd practiced labor and employment law with the Cobb Cole law firm in Daytona Beach. He represented Brown & Brown, Inc. as outside legal counsel throughout his private practice career. He is an active and licensed member of the Florida Bar and a longtime member of the Labor and Employment Law Section of the Florida Bar. Mr. Lloyd has represented clients in state and federal trial courts and state and federal appellate courts. Mr. Lloyd received his B.A. in 1987 and his J.D. in 1990 from the University of Florida. He resides in Port Orange, Florida with his wife, Sherri, daughter, Delaney, and son, Matthew.

Chairman of the Board
Brown & Brown, Inc. 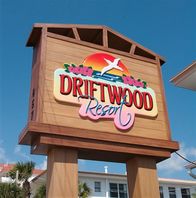 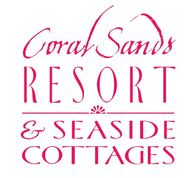